A few years ago, during a stopover and flight delay, retiring Chief Executive, Alisdair Barron, met and chatted to a charming Floridian couple, Mike (Dr Michael Janson) and his lovely wife, Varuni Roberts. Both were thrilled to hear of the work of Children in Distress. Scots American Varuni was particularly delighted that another Glasgow-based charity, albeit on a smaller and international basis, was like her much-admired Yorkhill Children’s Hospital Trust in doing pioneering paediatric palliative, respite care and child development work. Varuni and Dr. Michael were also intrigued and energised to hear of the Charity’s longstanding commitment and prime directive to spend donation and legacy income directly on the Charity’s mission of care, rather than on marketing and back office administration.

Although they lost touch, this wonderful philanthropic couple remembered that brief encounter and, in setting up the Florida-based Dr Michael Janson Revocable Trust, ensured that Children in Distress was named as one of the eight beneficiaries. Sadly, both Varuni and Michael died recently, and Alisdair has been contacted by the legal team administering Dr Janson’s Trust. The Charity has been reliably informed that, for tax purposes, Dr Janson’s estate was valued at $5 million, although some funds were dispersed prior to his death. The Probate Attorney has shared, “The accountants involved hope to complete the accounting process by early January and it is anticipated that the eight named beneficiary charities will each receive some hundreds of thousands of dollars.”

As he left for the last time on Christmas Eve, Alisdair shared, “I can only give thanks this Christmas for the kindness and generosity of Michael and Varuni. This is obviously one of the greatest and most substantial bequests that Children in Distress has ever received.” Alisdair is obviously thrilled that another of his ‘brief encounters’ resulted in such a generous legacy bequest, one that will secure the future of the Charity and the continuance of its mission of care for some years to come. “This is perhaps the greatest Christmas gift that I and the Charity’s care teams will ever receive. I am thrilled that, after decades of helping to deliver wonderful things on a relative shoestring, I leave safe in the knowledge that Children in Distress is at last financially secure and safe in the hands of Valentina Zaharia. I am sure that it will remain so. As long as the new generation of trustees continues to be as prudent and as true to the Charity’s prime long-term commitment as their predecessors, all will be well, and the future of Children in Distress will be assured. 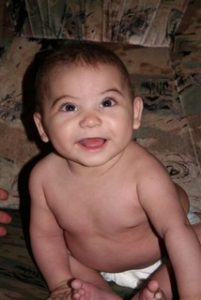