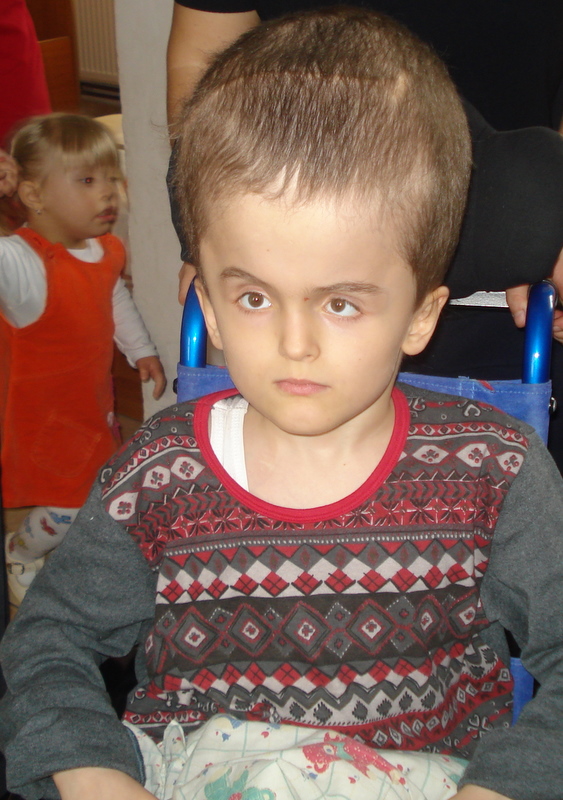 The Hospice was first opened in October 2003 by Lord Hope of Thorns, KCVO His Grace Archbishop Hope, the then Archbishop of York.

“St. Andrew’s Childrens Centre in Pitesti offers one of the best childcare facilities of Its kind in Romania. It is a model for community based care that should be replicated across Eastern Europe”- Emma Nicholson, Baroness Nicholson of Winterbourne

What is now a paediatric hospice providing high quality respite palliative and end of life care, it was re-developed from the ruin of Pitesti’s long abandoned School for the Deaf.

The hospice facilities are tailored to the needs of up to 15 children with severe cerebral palsies, hydro and microcephalus, spina bifida, and a full range of neurological, genetic and birth disorders which, when left untreated, can become life threatening.

The large wards, day/playrooms and therapy areas offer easy access through wide sunny corridors to the surrounding gardens and play areas. There is even space for a much needed day centre, gradiniţa (kindergarten) and school classes for children who live at home with their families but are isolated, shunned and excluded from school because they are HIV positive have AIDS, are subject to discrimination or have been failed by school in the past.

There is a particularly successful nursery class for infants with severe disabilities and the teachers offer classes for other children, predominately Roma, excluded from school and at risk of becoming street children.

A Child Development and Therapy Centre, which operates from the adjacent Nicholson/Nicolescu Community Services building, meets the demands of children with disabilities living in the community, offering them the tailored multiple therapy and support urgently needed to help them to lead an independent life. The centre is also the base for the charity’s Community HIV AIDS Nursing Services (CHANS) and its Mobility and Disability Equipment Lend–Lease programme which operates throughout the Argeş County, supporting children with HIV/AIDS and complex disabilities and mobility problems in their home communities. This superbly therapy resource was formally opened by Baroness Emma Nicholson MEP, Vice President and Rapporteur on Romania for the European Parliament’s and Dl. Constantin Nicholescu President of the Council.

St. Andrew’s Childrens Complex of Services is unique in Romania in that its services are integrated with those of the Argeş County Child Protection Department, delivered in partnership and partially directly funded by Jud Argeş.